What will be big in workplace learning in 2015? 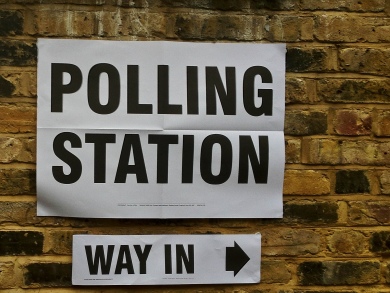 [Update 7 January 2015] The poll is now closed; it has been fascinating watching the votes come in. You can see the results below. By Monday 12th January I’ll post my analysis in a separate blog entry.

Last year I ran an online poll asking readers of this blog where they thought learning would be heading in 2014. We ended up with 13 things people thought were important – you can see the original post and results in text, or watch a video about them. The three trends for 2014 were:

That was the year that was
Looking back on the year, I think it’s fair to say that the last two have been very much part of the scene. I’m not so convinced that delivery channels have matured as much as I expected.

However, I may be missing the point. After all, in January’s Learning Technologies Conference, mobile and video are very much part of the programme. In a few years they have become an accepted part of the delivery landscape – so perhaps things really have matured after all.

What about 2015?
Perhaps inevitably I’m now running a variety of the same poll again. The idea is to see what’s changed in comparison with last year. Some of the options are the same, some are different.

Before you vote: This is a poll about adult, workplace learning. It has nothing to do with US home schooling and opting out of standardized testing.

Please choose your top three points of interest for adult, workplace learning in 2015, or suggest something else:

If you complete the poll and add something under ‘Other’, it will remain buried in the poll engine. Don’t worry. I will extract the comments and add them here, unedited.

Other Comments
There have been plenty of interesting comments in the ‘Other’ section, with a much greater variety than last year. Here they are, unedited, so far:

Training Department Detox (undoing years of reliance conditioning) Reincarnation of LMS to support next-gen learning experiences, microlearning
Apprenticeships and other post-school CPD to train incoming youth to contribute
People realising the above have been a waste of money.
Interactive WBTs to learning and its immediate application
Learning and leadership
Helping employees build their own learning ecosystems
M2M comms
Integrated Approaches to Learning (that combine above vs focus on one modality)
EPSS
Inspiring personalised ambition through mobile technology
Automation (as a general trend but impacting on various areas)
Adaptive Learning
The How of doing- less talk, more action
Death of the LMS as we know it
The voice of the customer
Micro-Learning
Adaptive Learning
wearable performance support tool
Informal Learning
Learner Generated Content

You have to love “People realising the above have been a waste of money.” Indeed, the idea that this list focuses too much on buzz words and not enough on learning is feedback I’ve also received on the LinkedIn entry about this.

Please keep the thinking and insight coming. I’ll share it all at the beginning of the year.

This entry was posted in Uncategorized. Bookmark the permalink.

5 responses to “What will be big in workplace learning in 2015?”